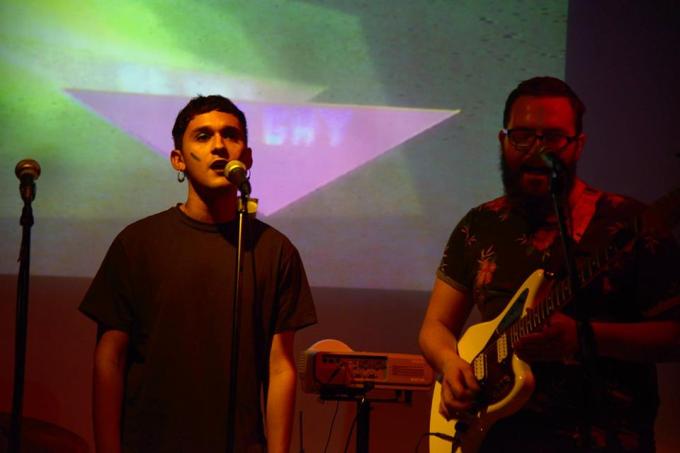 Louis Coy is a performing artist, writer, and musician residing in the Los Angeles area, where he is pursuing his MFA at California Institute of the Arts. Originally from southwest Texas, he is ethnically Tejano (mixture of indigenous and european groups existing in Texas prior to Texas revolution) and Ukranian Jewish. Much of his work stems from an interest in forging a tangible identity as a multi-ethnic, queer person of color. His practice is based around investigations of mourning, shame, failure, childhood/adolescence, beauty and gender, and take shape in the form of ritual/performance art, video installation, drone music, folk music, and song.

Between the ages of 13 and 19, he studied with clarinetists from orchestras and universities around the US and Canada such as Steve Cohen, Lawrie Bloom, Yehuda Gilad, Greg Raden, Ilya Shterenberg, Jean-Francois Normand, Marie Picard, and Todd Palmer, participated in master classes with Paul Meyer, Laura Ardan, and Guy Yehuda, and attended Banff, Idyllwild, Brevard, Le Domain Forget, Marrowstone, and Cactus Pear Summer Music Festivals.

At 18 he attended The Boston Conservatory, under the study of Michael Norsworthy, where he received his bachelor’s degree in Clarinet Performance. Whilst in Boston, he recorded numerous film scores at the Berklee College of Music, and participated in community outreach projects ranging from instrument petting zoos at the BSO to in-house concerts for Groupmuse.

Noted for his flexibility as a performer of many genres, he has premiered dozens of new compositions by Boston area composers, participated in multiple new music, folk, and world music festivals in Massachusetts, and is a founding member of the Geld Shtern Klezmer Band which has performed at various events and conferences in New England.